Big Brother Naija ‘Pepper Dem’ 2019, Mercy Eke in the past few hours, has come under serious criticism after she ever seen to have photoshopped her photo to make her backside much bigger.

Although she had posted the photo on her Instagram handle a week ago but people are just looking for a popular Instagram blog, Instablog9ja pulled it out.

In the photo, Mercy was seen wearing a matching top and short jeans while facing her back to the camera.

The picture would have gone cool like that but the wall appearing opposite to her in the photo was bent and yes! There was a cut.

Nobody would have noticed the slight changes on the wall but trust Instablog9ja to do the tough findings. 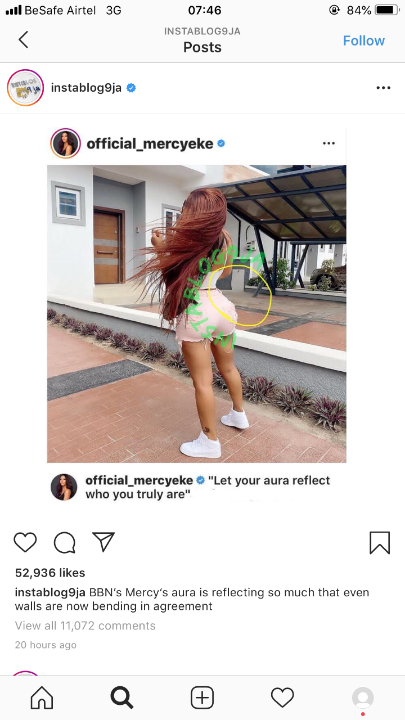 Meanwhile, this has caused huge reactions as their post has quickly garnered over 11 thousand comments as at the time of writing this.

People have popped in with different views about the first female winner of the Big Brother Naija reality show.

See some comments below: 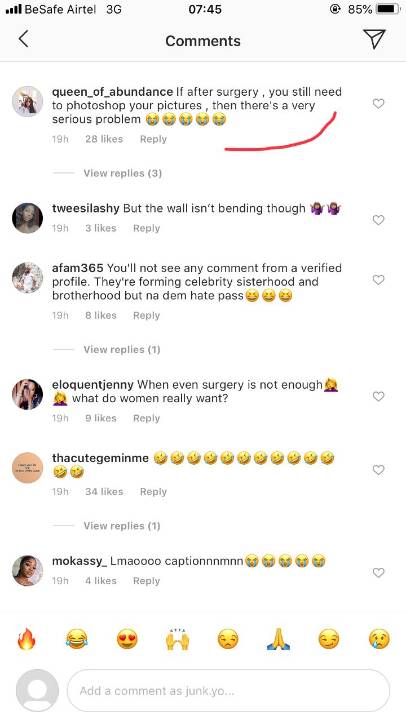 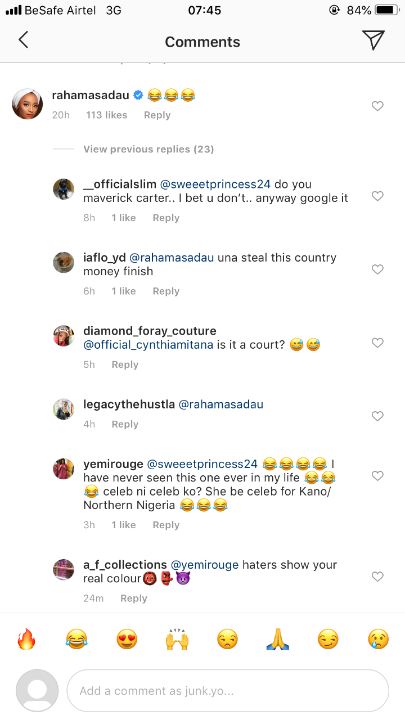 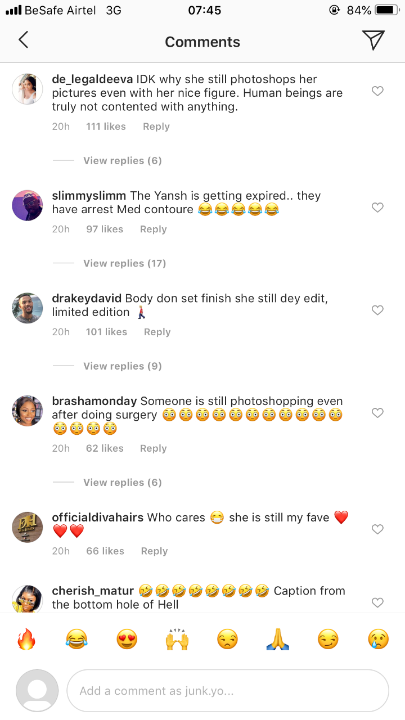 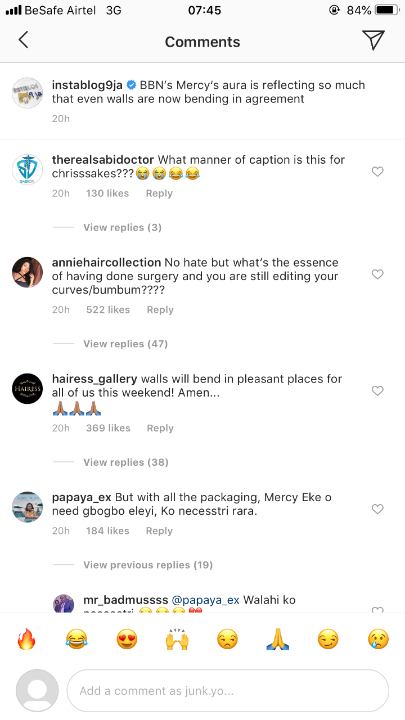